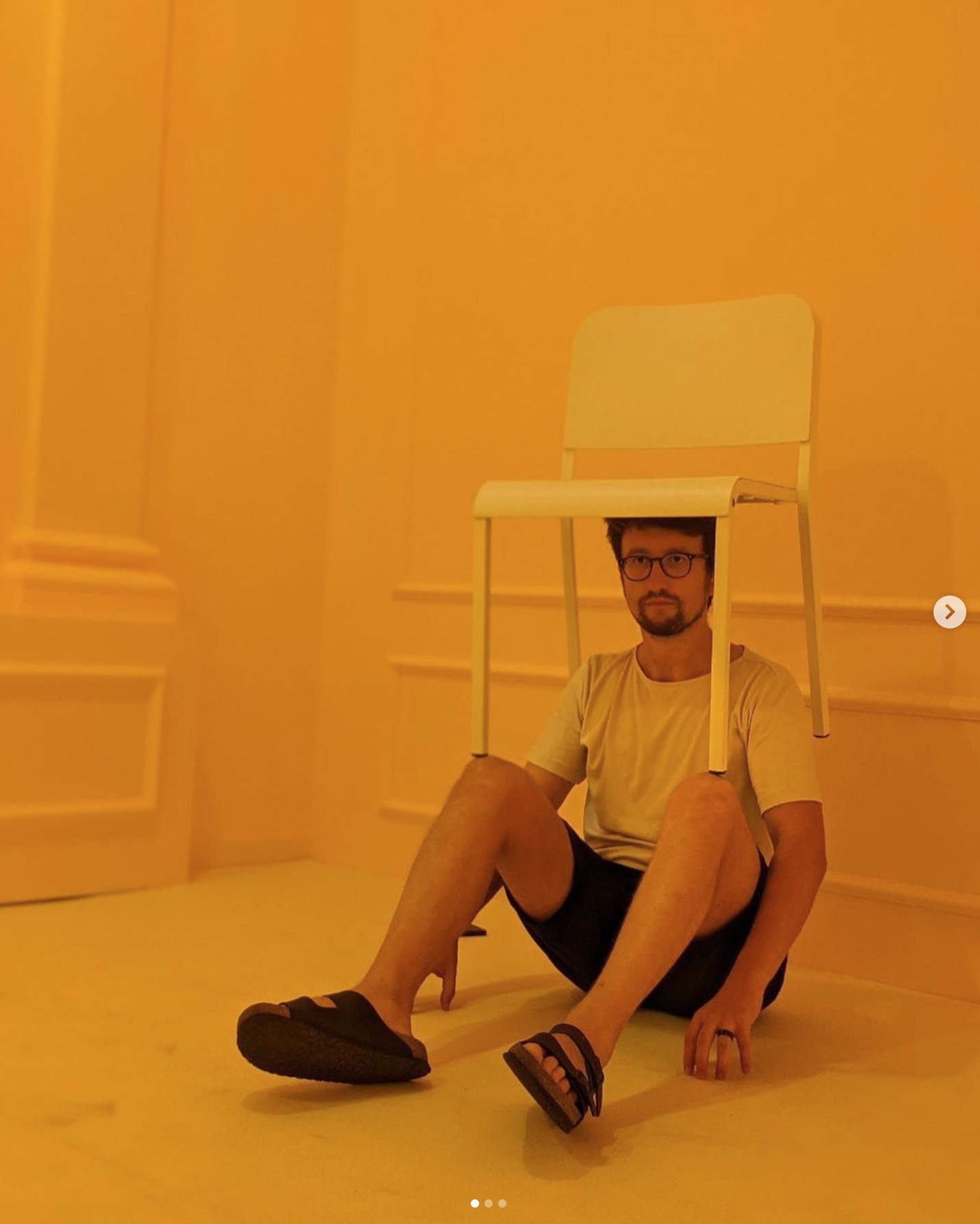 Hello and welcome to my website. This is a work in progress.

✨what i'm working on right now✨

a BLOG with THOUGHTS™

[EDITED: July 29, 2022] —— after neglecting this website for some three years, i started slowly reworking it. this is a work in progress. have a look at TODO if curious

Some works are below, while others aren’t.

I'm mostly interested in the weird and bizarre and absurd and silly, as well as dark, dystopian, frightening, and Oxford commas.

Teaching, speaking, or trying to appear important in front of other people

war at your door

an immersive web audio installation on your phone · july 2022 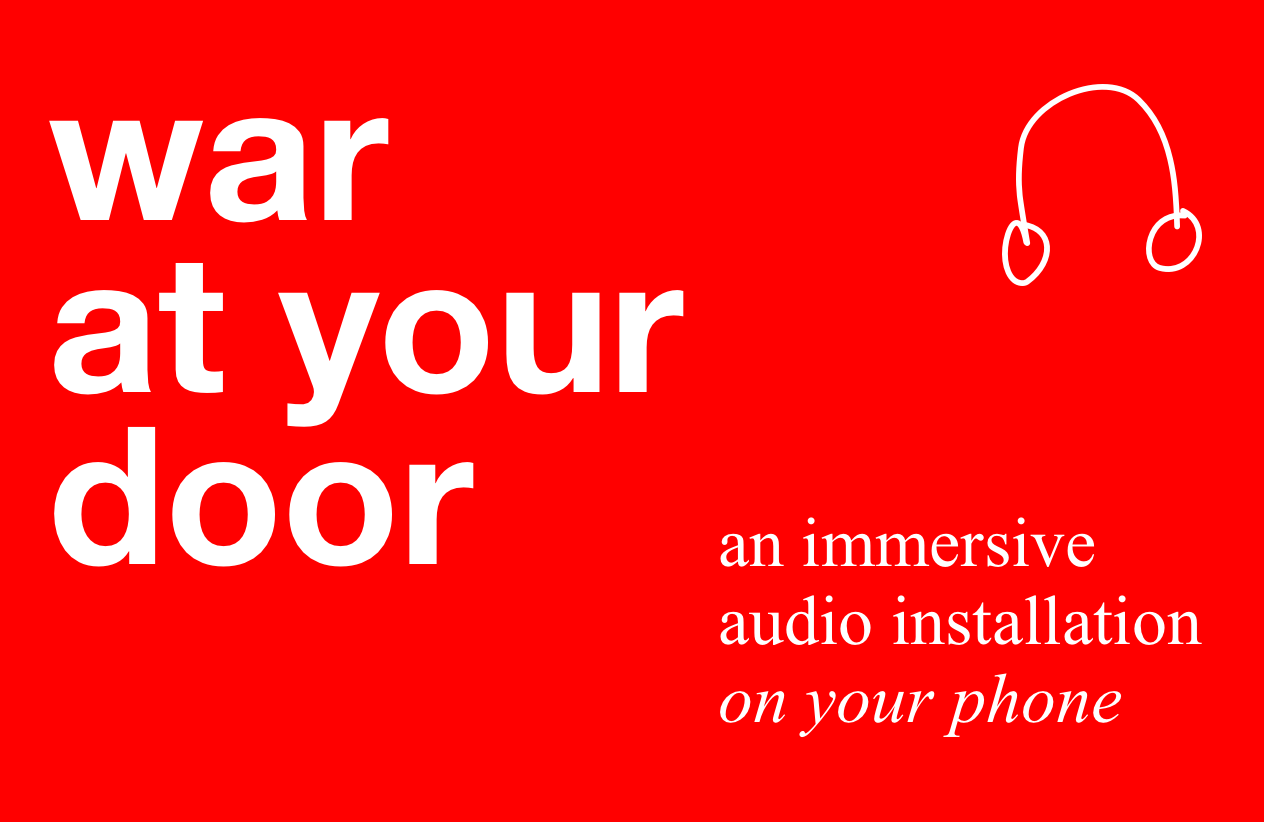 A cryptocurrency that changes its price every second 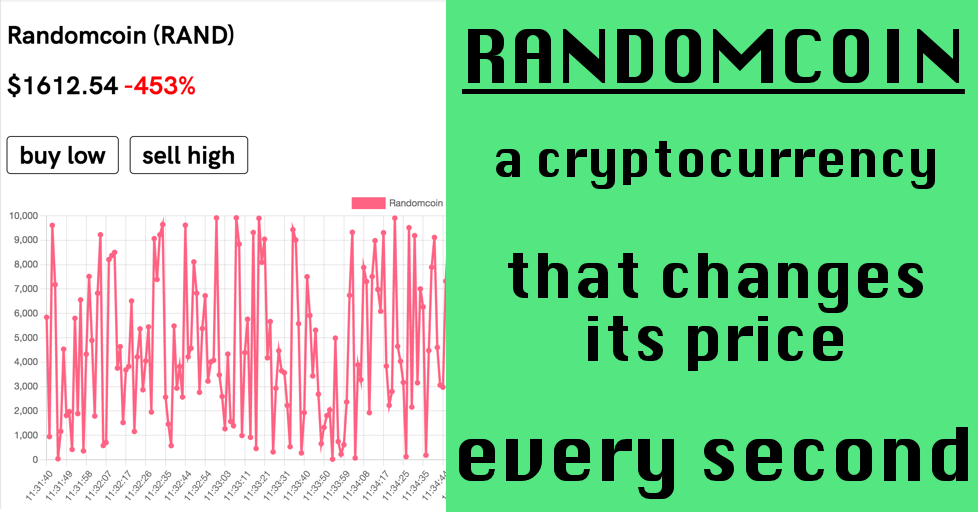 Get as much money as you want in 1 click 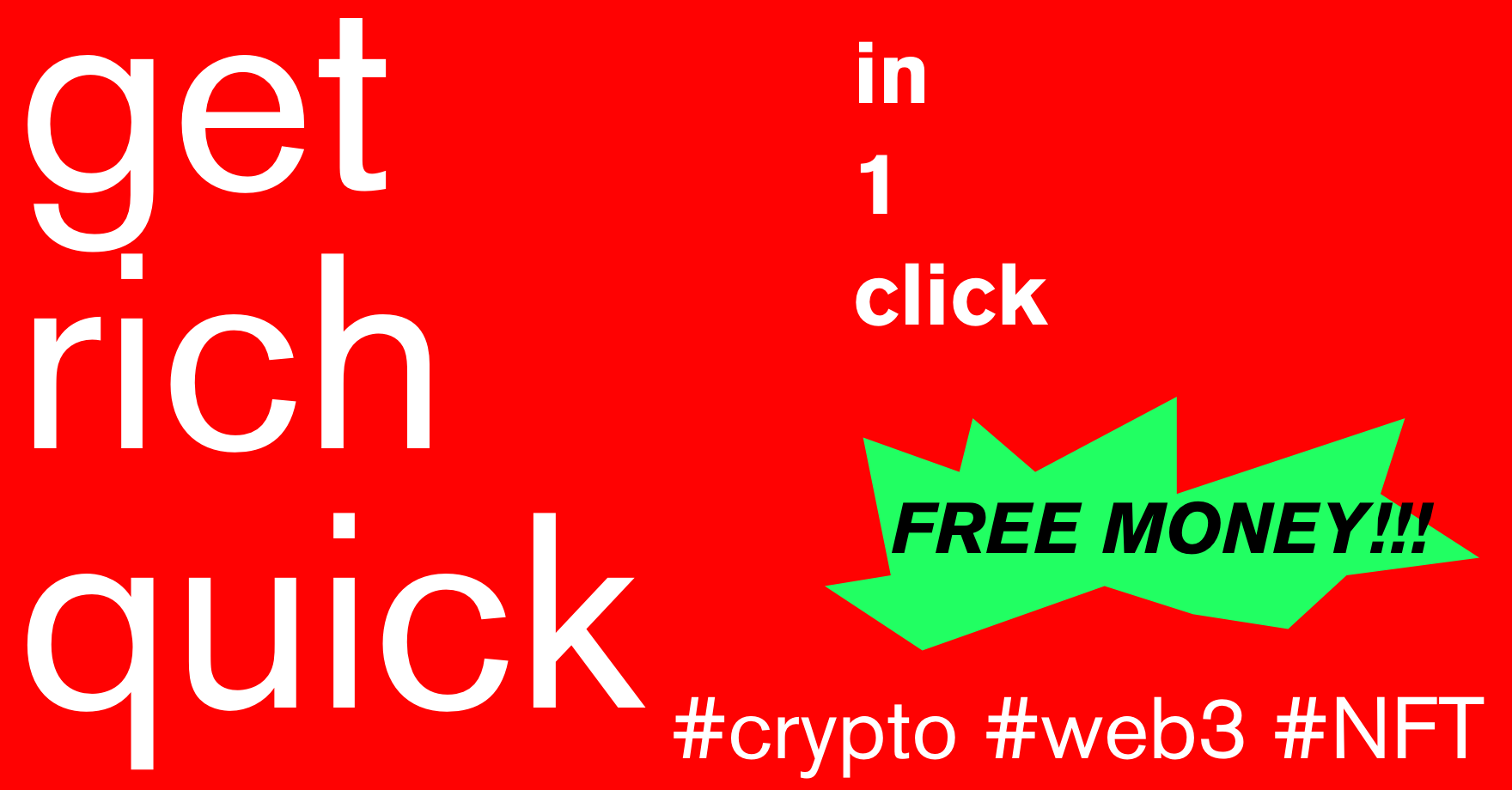 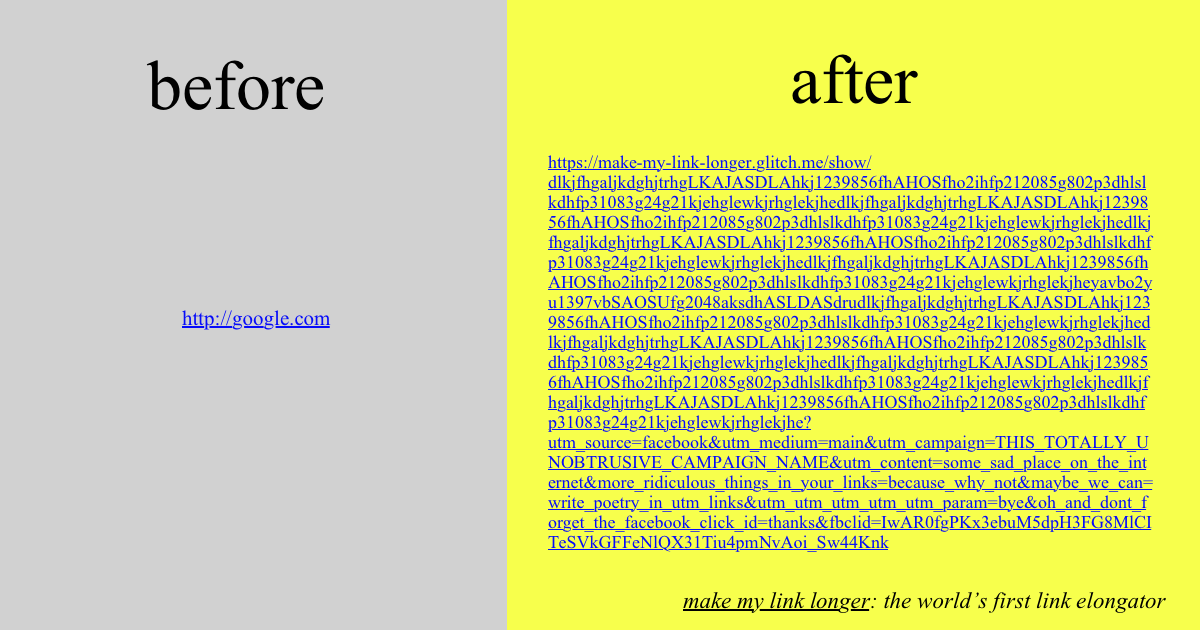 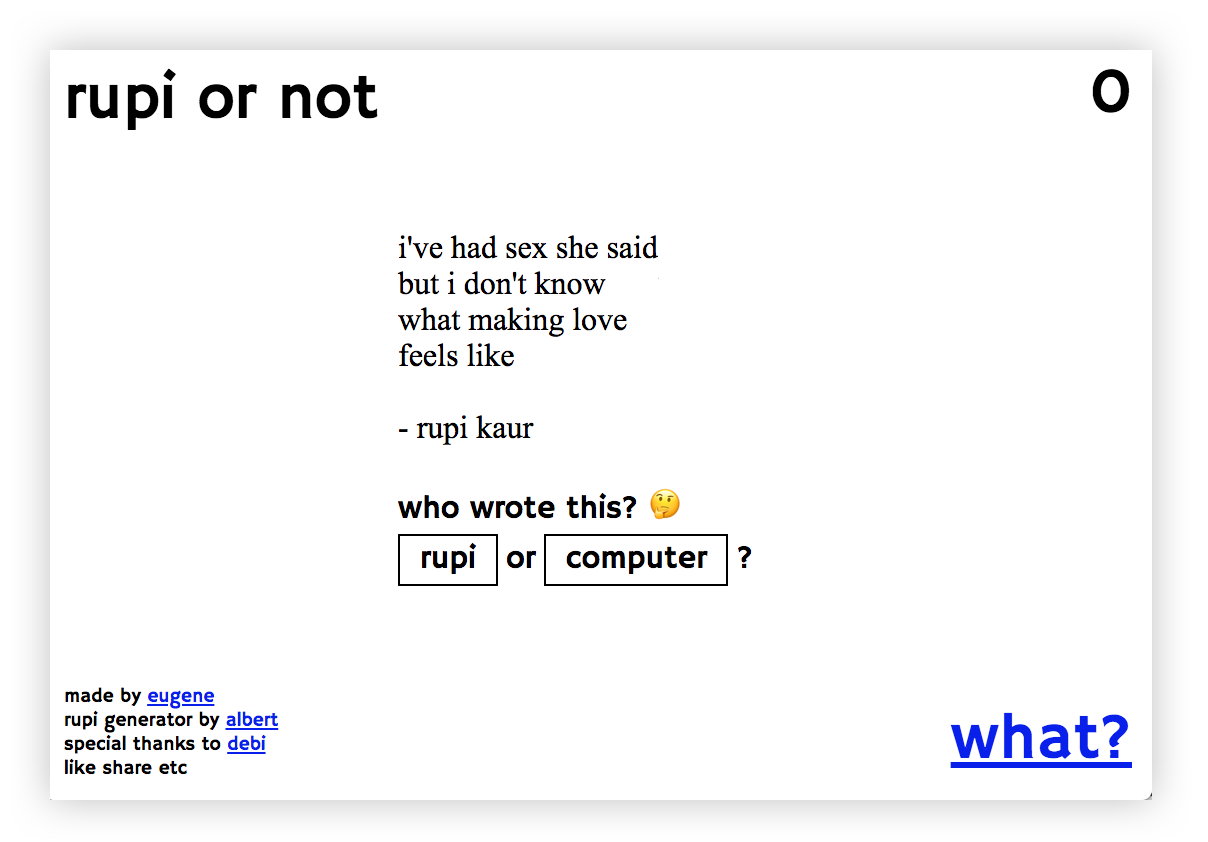 A countdown timer to the isolation of Russian internet

Watch how you make money, in real time

Sometimes I think that a 40-hour work week is strange, that's all 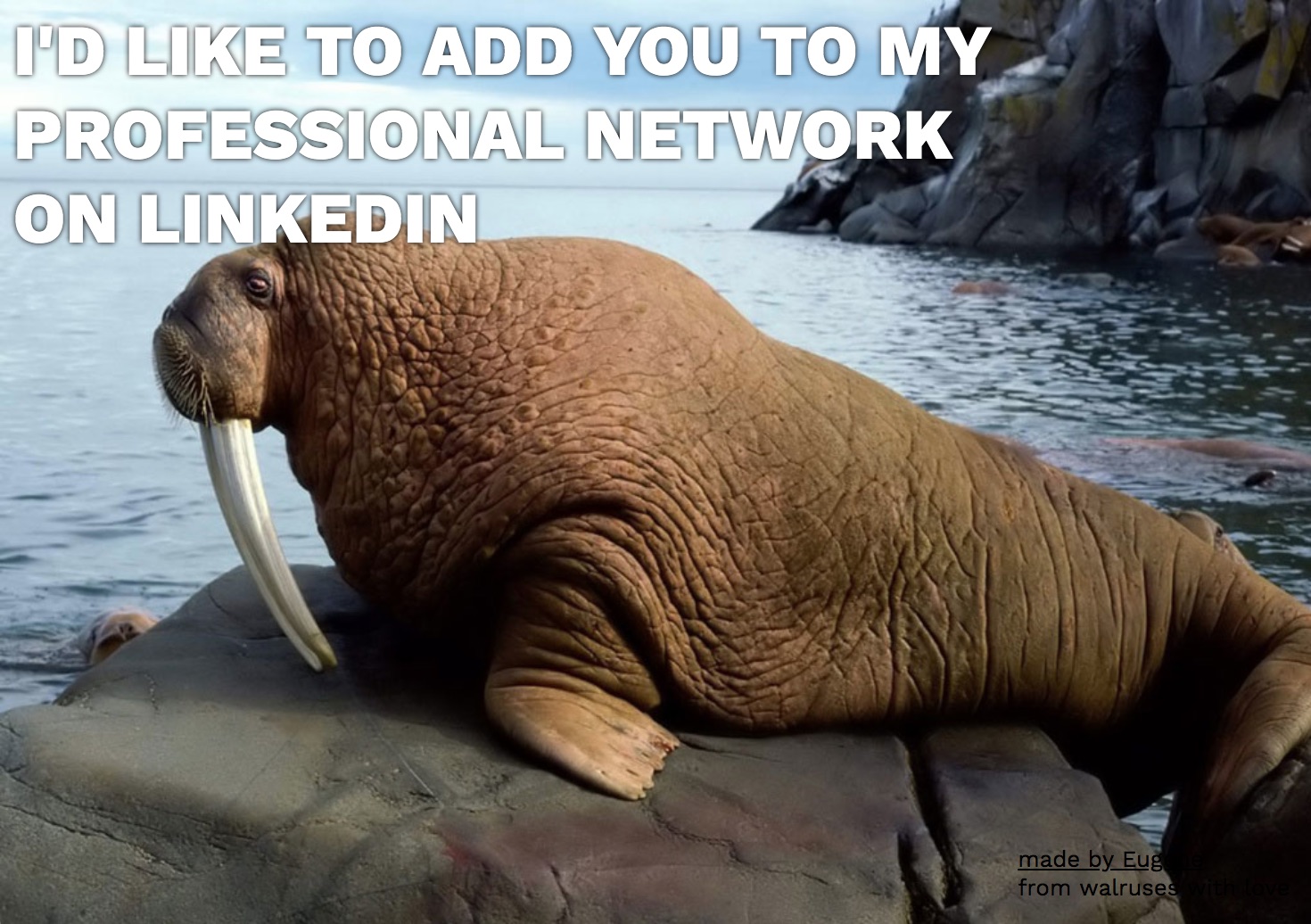 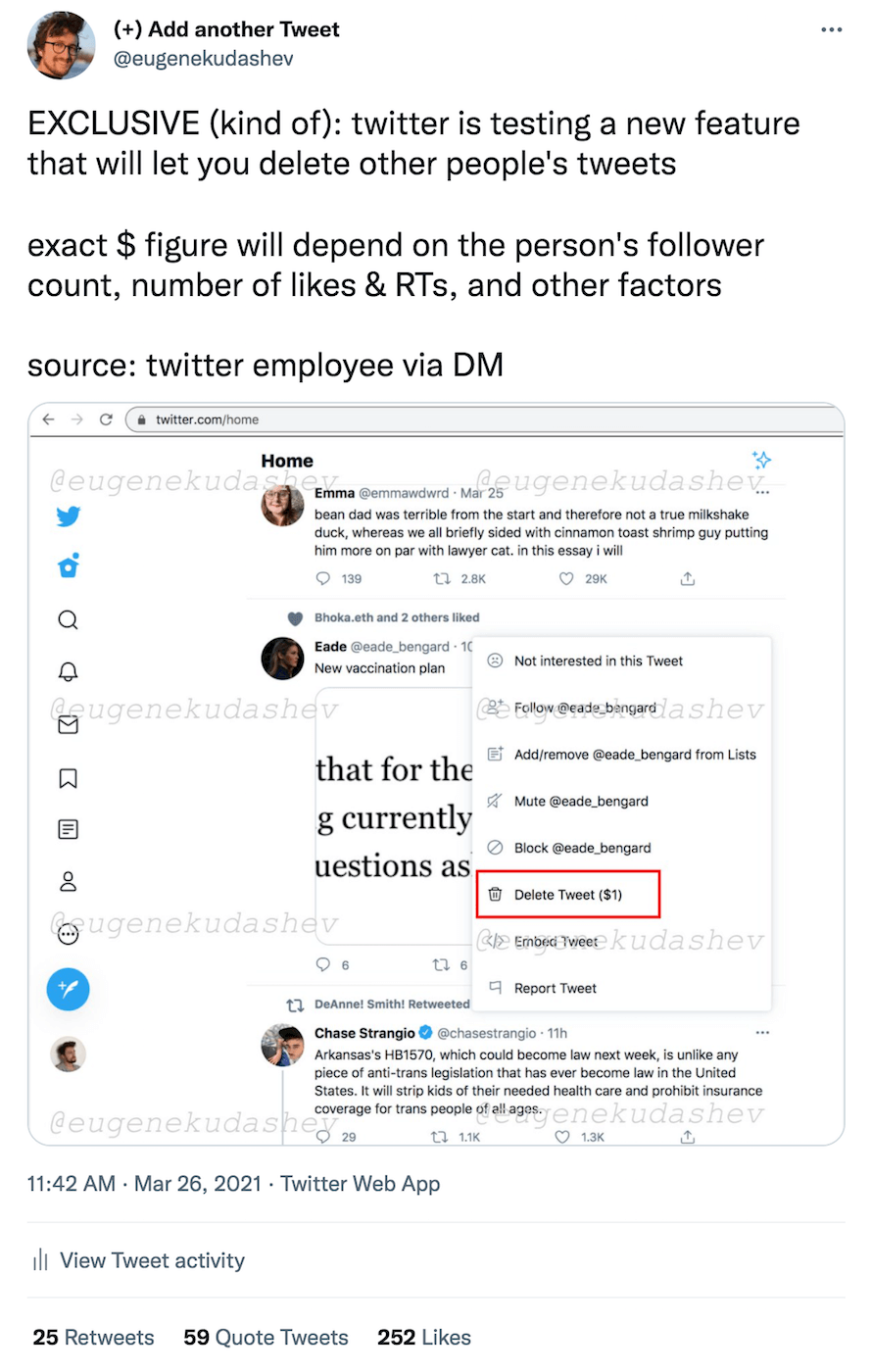 A podcast about regular expressions

Man sits at an empty desk doing nothing for 9 hours

An hommage to The Meaning Of Liff by Douglas Adams (which I found out about from the readers, as it happens) Part I → Part II →

"To pet a black sheep on a full moon: To have sex with a (male) stranger on a first date and have him propose to you the morning after"

Halloween costumes that are hard to explain

*Note: Literary magazines require that the submitted pieces have never been published before – anywhere, not even on Facebook. As I still have [admittedly, naïve] hopes of publishing some of these stories, I'm not putting them here in full to comply with the requirement; however, if you're interested in reading a certain piece, I would be more than ecstatic to send it to you privately.*

Titles of U.S. visas as premises for new Hollywood movies

"Alien With Extraordinary Ability: A new movie by Stephen Spielberg. The protagonist is a president who can live 24 hours without humiliating anyone on Twitter."

Job descriptions in tech are intimidating and inhumane, so making fun of them is the only thing left, I guess

"1) We always hire people who are better than us. And then we fire them, because they make us suffer from inferiority complex."

"We all know that winning a prestigious award can be a turning point in one's career. This is not that kind of award. If anything, it's the opposite kind, meaning that it indeed might become a turning point – but not necessarily in a favourable direction."

"A therapist who speaks only in motivational/inspiration quotes but still charges you $200/hour A mediocre coffee shop with books about other, much better coffee shops A machine that keeps count of the total number of times that you had sex in your lifetime"

Hello and welcome to my workshop on negative psychology

Inspired by the abundance of positive psychology advertisements all over the internet, some of which are strange, and some are just intimidating, I thought I'd flip the whole thing upside down and write a monologue of this weird character who is delusional enough to advertise negative psychology for $2000 a day, and be seemingly very serious about it.

“Greg is really an expert when it comes to making you believe that life is hollow and that there’s no hope whatsoever. Before signing up for the workshop, I was happily married, I had a good job, I loved my kids, and I almost paid off my mortgage. I thought my life couldn’t be better. I thought I did good. My parents were proud of me, and my friends were envious. Then I met Greg, and Greg helped me realize the meaninglessness of everything that I’ve ever been doing. Now I’m divorced, unemployed, I live on the street, and I constantly want to kill myself.”

Excerpts from some of the short stories I wrote

*Note: Literary magazines require that the submitted pieces have never been published before – anywhere, not even on Facebook. As I still have [admittedly, naïve] hopes of publishing some of these stories, I’m not putting them here in full to comply with the requirement; however, if you’re interested in reading a certain piece, I would be more than ecstatic to send it to you privately.*

"Person B is making a very good progress in their exploitation of fears and vulnerabilities of Person A, finding them intuitively, saying just the right things, and gradually pushing Person A into opening up more and more, and admitting other faults, not necessarily related to the events prior, and strengthening the guilt even further, and making them feel more and more insecure."

Someplace For Drinks But Never Dinner

1,227 words "They started this game that involved saying ’i love you’ in a dozen different ways while having sex, and even though both knew perfectly well that they’re both lying, it worked, as the emotional response was perfectly real, no matter how fake the trigger was, and the sex was significantly better, and once it was over they both went back to their regular selves, which didn’t involve anything romantic whatsoever, much less feelings."

471 words "I keep thinking about the first sunrise on Earth. How magnificent and exquisite it must have been, and how symbolic, and how there was no one to look at it and thoroughly understand it, to remember it."

442 words "cross the lake. bob. smells of turtles. cook soup? hardly. no fire. she was exquisite, i fully agree. but can snakes be a little more gentle? can a snake cook soup for you? never tried snake soup. they say it’s healthy. Northerners. strange things constantly happen to me at the airport."

"I started smoking not because I like the smell of tobacco or the incredible feeling of exhaling smoke out of my mouth or whatever else other fantasies and associations people might have about smoking, but simply because it’s one of the very few things which give me a feeling of accomplishment, as silly as it sounds, like there is a clear beginning and end, you know, I know that for six or seven minutes I’ll be sitting at a single spot, I’ll roll the cigarette with my fingertips, I’ll fire it up, and I’ll just be inhaling and exhaling without doing much else, and it’s somehow reassuring and I would feel like I’ve done something which is certainly complete nonsense, yet that’s how it is – smoking sort of adds a bit of structure to my otherwise completely chaotic and messy life."

"I’ve travelled to The Other Planet all the way from the planet Disappointment, which is really a misnomer, because my fellow people are generally content with their lives. I’ve heard dozens of urban legends that try explain the name, one featuring a not-very-well-fact-checked dictionary, another a man who never got a decent haircut in his lifetime – but these are all probably speculations. No matter. I like my planet. Other planets are fine, too – I’ve been to nine already – and I wish I could visit all of them before I run out of fuel, either figuratively or literally. The citizens of Disappointment, or disappointianos for short (demonyms always puzzled me with their arbitrariness and unnecessary complexity, not to mention impracticality – never in my life I felt the need to call anyone "disappointiano"), wanted to know everything about The Other Planet, and so it was my duty to go there, learn as much as I could, and come back full of news. The inhabitants of Disappointment are known for their mouth-watering curiosity."

The unlikely event of landing on water

"Cora came to Thailand to reunite with her long-distance boyfriend. They’ve been together for seven months, of which six and half were spent four thousand miles apart. Merely two days later they got into a fight. You clearly don’t love me and you don’t care if I’m here or not and you should’ve told me so earlier, much much earlier. Some very ugly words were said. When she woke up at her hotel the next day, Facebook greeted her with a notification: Oliver updated his relationship status. There’s now a new profile picture, too: he’s standing in front of the ocean, smiling; next to him, a young Thai girl, looking suspiciously like a hooker."

"James’ plans did not involve any jumping this day; none whatsoever. He’s not much of a jumper. Never was. He’s more of a tuna-sandwich-with-mustard-at-three-in-the-morning person – and it’s an established fact that people who eat tuna sandwiches at three in the morning are not renowned for their jumping excellence. Although they undoubtedly might’ve been."

"He was a person of little talent, but one thing he was doing very well was always appearing front and center in every photograph, always with a confident, reassuring, nonchalant smile, always looking directly at the camera, producing an impression that this rectangular frame, once published, indeed genuinely depicts the truth as it is, that he indeed looks like that, that he’s smiling all the time, and that none of that is carefully and pedantically orchestrated. Most, if not all, of his efforts constantly went into building up some sort of image that corresponded to his naive, if not primitive, ideas of success, whatever they were, so he didn’t have much left for other activities, such as actually spend some hours living. What a bizarre idea."

An hommage to Julio Cortazar

"She loved to explore The City with me. We would walk around the streets together, for hours. Day or night, we would notice people in peculiar clothes, we would take pictures of odd chairs and books thrown away on the street, we would enter quiet courtyards and silently look what’s in them. I don’t think there was any reason to do any of that. No rational reason at least; no explanation as such."

When a woman is trying to unsubscribe from corporate email spam, the spam reappears in her offline life.

A misogynist’s take on #MeToo

A man has strong opinions on a rather questionable art exhibition

The CEO gathers the employees to introduce a new office policy

"When collaboration and ideas are blended together, true miracles are happening. We create ideas together. We play around with them, experiment, and put them in different shapes. And then we kill them. Together. Because ideas are dangerous, and they need to die."

"Personally, I think that people send emails not because they have something important to say to each other, but rather to show off their email signatures."

the horror and agony of saturday breakfasts

The Perplexing Authenticity Of Fictional Characters

Can you make a decent TV episode with 22 minutes of monologue?

Thoughts on The Narrative™: is there a possibility that a non-linear mixed-genre narrative can make some sense?

those days in may when it was cold

Various projects that I've been developing for years but never been to produce due to lack of money, talent, time, or else 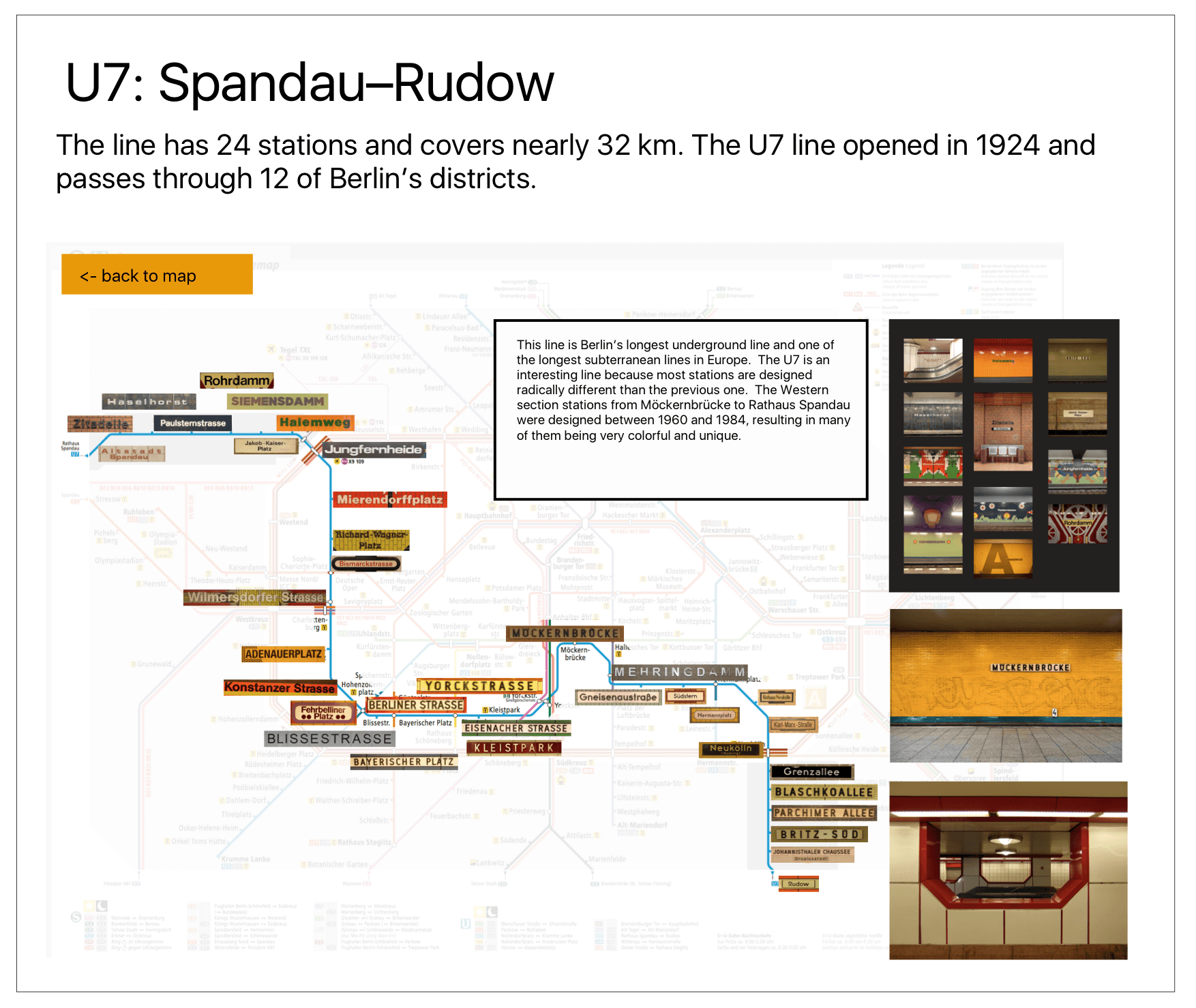